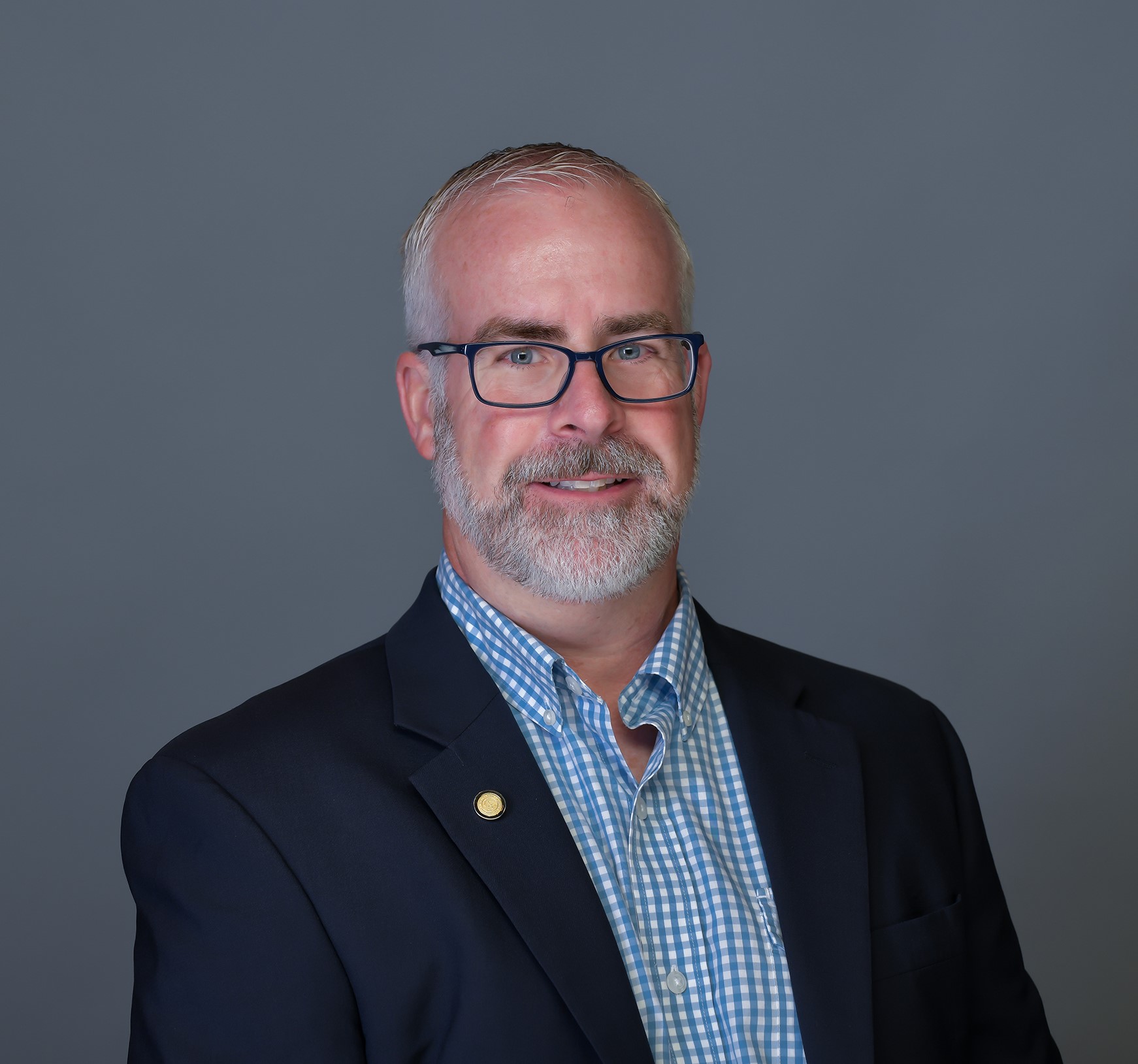 In fact, he loves it so much that he’s made a career out of studying and preserving it.

When it comes to his past, Reynolds credits a pivotal decision he made 30 years ago with his current success as the Mary Riepma Ross Director of the Joint Archives of Holland at Hope College with a faculty rank of professor.

It was the spring of 1984.  Reynolds had just graduated from Charlevoix High School and decided to enroll at North Central.

“I wanted to get my associate degree before moving onto a four-year school, and North Central allowed me to save money and get a better sense of my career path,” he said.

Reynolds commuted from Charlevoix for the two years he attended North Central, and he found the college to be the right choice for him.

“I appreciated the small campus, the great professors and the cost,” he said.

Among the professors who had the most significant impact on Reynolds were Professor Pat Ranger (sociology), Professor Jim Helmer (science and math), and Professor Larry Cummings, who taught history.

“My first semester, Pat told me to get with it and start attending her afternoon Introduction to Sociology class,” Reynolds said.

It was the nudge that Reynolds, who described his high school career as “less than stellar,” needed.

“It woke me up,” Reynolds said.  “I finally started doing my work.

“Larry was my advisor and helped me navigate becoming a historian and preparing to become a high school history teacher, and Professor Helmer helped me finally master algebra,” Reynolds said.

His involvement as vice president of Student Council added to his North Central experience, and a Polynesian-themed luau in 1986 ranks among his fondest memories.

“One of the events was the ‘Lava Lava Run,’ which was students running around campus in shorts and Hawaiian shirts in the early spring,” Reynolds said.

He graduated in May 1986 and transferred to Gettysburg College in Pennsylvania before completing his bachelor’s degree in secondary education at Central Michigan University.

Reynolds then taught high school social studies for Boyne Falls Public School for four years, but higher education—and a passion for archival documents—beckoned.  He enrolled at Wayne State University and completed a Master’s in Library and Information Science with an emphasis on archival administration.

Reynolds became director of the Joint Archives of Holland at Hope College in 2001, and became the inaugural recipient of the Mary Riepma Ross Directorship of the Joint Archives of Holland in 2014.  The endowed position was established by Mary Riepma Ross, a New York City attorney and philanthropist whose passions included arts and education.  Her father, Sears F. Riepma, was a 1900 alumnus of Hope College and a minister in the Reformed Church in America, the Presbyterian Church and the Episcopalian Church.

The Joint Archives of Holland, in addition to preserving information concerning a variety of aspects of local history, also contains materials about Hope and Western Theological Seminary.

Reynolds and his wife, Jennifer, live in Holland.  They and have a daughter, Hannah, who’s graduated from college, and a son, Peter, who is a student at Hope.  Reynolds serves as a board member of the Holland Historical Trust, treasurer of the Dutch-American Historical Commission, membership chairperson for the Association for the Advancement of Dutch American Studies, board member of the Michigan Shipwreck Research Association, and executive director of the Holland Area Historical Society.

Outside of work and his civic engagements, he enjoys boating on Lake Charlevoix with family and friends, and researching, writing about, working on, and conversing about the pleasure boat industry and vintage boats.

Reynolds touts the value of North Central whenever he has the opportunity, and he proudly proclaims his alumni status on his LinkedIn profile.

“North Central is the best educational choice and value in Northern Michigan, if not the state,” he said.

“The basics I learned and confidence gained from North Central’s curriculum and professors put me on firm ground for being successful at the other three institutions and my current job.  I grew into a good college student and mature adult with career goals and no student debt.”

And the rest, as Reynolds will tell you, is history.