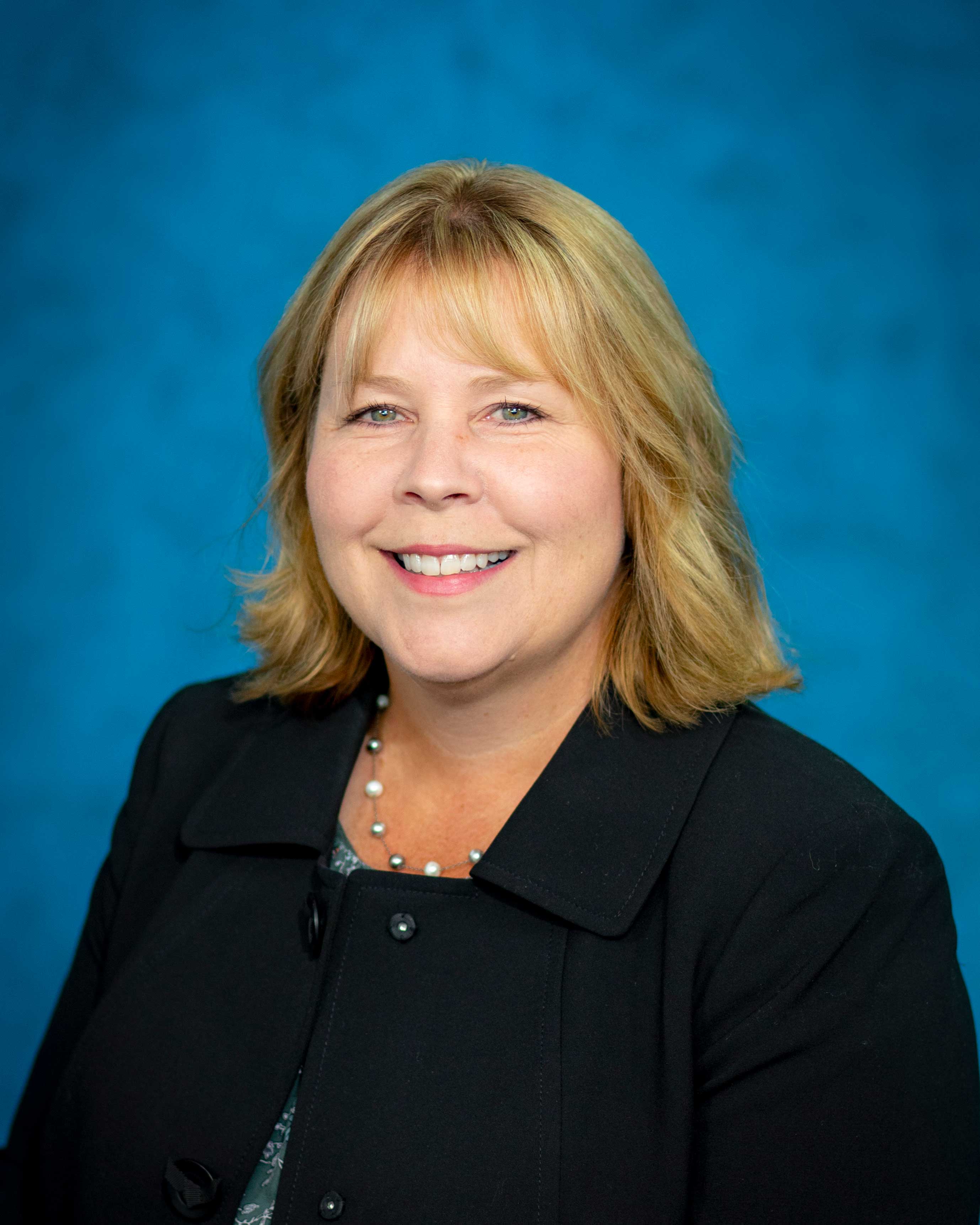 She grew up in East Jordan and has lived there her entire life, now with her husband, John, and their sons, Garrett and Sam. John and the boys like to fish, and Jen enjoys golfing, gardening, and volunteering with First Presbyterian Church of East Jordan and East Jordan’s Care & Share Food Pantry.

“I have strong ties to Northern Michigan,” Jen said. “I love it here.”

Jen graduated from East Jordan High School (EJHS) before going to Lake Superior State University (LSSU) for her first year of college. She then transferred to North Central Michigan College for the next two years, earning an associate degree while working full time.

After graduating from NCMC, she transferred back to LSSU to complete her Bachelor of Science degree in business.

Jen comes from a farming family, and after college, her grandmother encouraged her to apply for a job at Top of Michigan Electric Cooperative, which played an essential role in electrifying rural Michigan in the 1930s and had a reputation as being a great place to work. Her first job was as a dispatcher, even though she knew nothing about the industry.

Jen has worked for GLE for 29 years in seven different roles. She is now the vice president of Human Resources and Loss Control. She holds senior professional credentials (SPHR) with the Human Resources Certification Institute and is a member of the Society for Human Resources Management (SHRM) and Northern Michigan SHRM.

“My first job didn’t require a college degree,” Jen said. “But my education really paid off because it allowed me to quickly move up the ranks and into a management position.”

This fall is an exciting time for the Wilsons. Garrett, who recently graduated from EJHS, will attend North Central in pursuit of an Associate of General Studies degree, which will allow him to study economics, political science, and natural resources management.

Sending two family members to North Central has been nostalgic for Jen.

“I have great memories of studying in the library with my friends while I was at North Central,” Jen said. “The camaraderie is something I still cherish. My only regret is not living on campus.”

But Garrett and Jackson will not have the same regret. They will live in the Residence Hall and fully immerse themselves in the college experience.

Jen has also encouraged them to take advantage of small classes that foster a connection between students and their professors, many of whom become mentors to their former students.

“Get to know your instructors, and let them get to know you,” she said. “Know that staff are there to help you and want to see you succeed. Take advantage of the tutoring and the counselors that are available.”

“I was so impressed with the resources available to students,” she said. “Administrative staff have a clear passion for understanding the needs of community businesses and the role they can play, partnering with businesses to meet those needs and set NCMC students up for success in the workforce.”