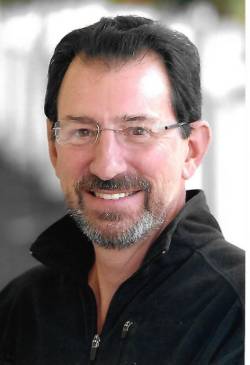 Like many headed to college graduates of area high schools I attended North Central from 1966-68, earning an AA degree. Back in those days the bulk of the students at the college were from local high schools and were taking a full load of courses throughout the day. There were a few night classes but mostly they were during regular “working hours.”

Many classes were held in the old Sheridan Elementary School at the corner of Howard and Sheridan streets. The cafeteria was also in that building.

The new classroom building opened for the 1967-68 school year and ultimately the Sheridan school was again used by the Public Schools of Petoskey.

After North Central I attended Central Michigan University, graduating with a bachelor’s degree in journalism in 1970. Yes, you could get a college degree in four years back then!

My first job was managing editor of the Presque Isle County Advance in Rogers City from 1970 through the fall of 1971.

I then became managing editor of the Harbor Light in Harbor Springs for six years.

I joined the staff of the Petoskey News-Review in August of 1978 as a reporter. Over the years I was the wire editor, managing editor and for the last three years as editor.

I retired at the end of 2009, and find retirement the best job I’ve ever had.

Over the years it’s been wonderful to see the growth of the college and the expansion of its facilities. Back in the day it was small, tight-knit and felt like family. But the education was top-notch, something the students of today can say as well.