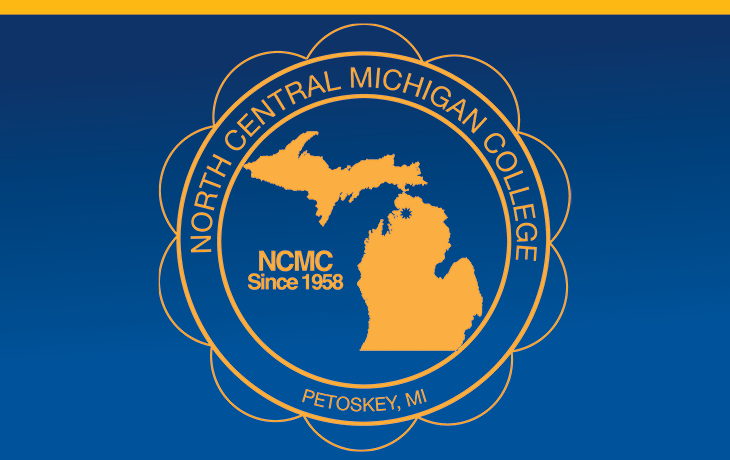 The college will celebrate its Class of 2022 graduates on May 6.

North Central Michigan College will mark the end of a successful 2021-2022 academic year with two important ceremonies on May 6.

The college will hold its 62nd annual commencement exercises at 7:30 p.m. in the Student and Community Resource Center.  More than 200 graduates will receive their diplomas in the first indoor, in-person ceremony since 2019.

“There really is no more special event than commencement,” said NCMC President David Roland Finley.  “It’s an honor to share in our graduates’ excitement and celebrate their significant achievements.”

Author and alpine explorer Lou Kasischke will provide the commencement address.  A community college graduate, Kasischke enjoyed a 35-year career with the national law firm Dykema Gossett and was selected by his colleagues for all editions of “The Best Lawyers in America,” which represents about one percent of the nation’s lawyers.

Kasischke was also part of a 1996 expedition to climb Nepal’s Mount Everest that forever changed his outlook on life.  A combination of human error and extreme weather resulted in the deaths of eight of his fellow climbers and left Kasischke stranded 400 feet below the summit with a life-or-death decision: Should he push forward to the top or turn around and descend the mountain?

Kasischke wrote about the experience two years later, but he didn’t share his account publicly until 2014, when he published the book “After the Wind: 1996 Everest Tragedy—One Survivor’s Story.”

North Central also plans to award an honorary degree to Marion Kuebler, a lifelong champion of education and a longtime member of the college’s board of trustees.  Kuebler served as a North Central trustee for 20 years, from 1997 until she retired in 2017.  She also served on the NCMC Foundation’s Board of Directors from 2003 until 2021.

North Central's Board of Trustees will act on the proposal to award Kuebler an honorary degree during its May 3 Board meeting.

The college’s nurse pinning ceremony, the annual tradition that marks the completion of students’ nursing coursework, will be held immediately prior to commencement, at 4 p.m. in the Student and Community Resource Center.  Twenty-seven student-nurses will receive their pins.

Tami Hightower will provide the keynote address during the pinning ceremony.  As the medical oncology manager for Karmanos McLaren Northern Michigan, Hightower manages infusion and clinic services in Petoskey, Gaylord and Cheboygan.  In her previous role as clinical nurse manager for McLaren’s medical/surgical unit, Hightower mentored many of the Class of 2022 nurses.

Both the nurse pinning and commencement ceremonies will be livestreamed for those unable to attend.  For more information about both events, including a list of graduates by academic program, visit www.ncmich.edu/commencement.