"We are made wise not by the recollection of our past, but by the responsibility for our future." 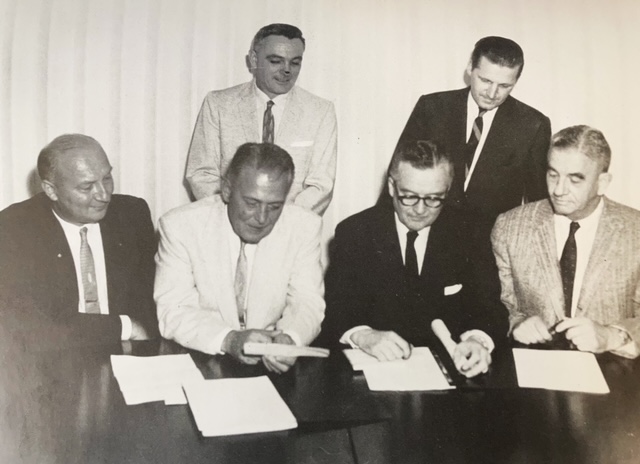 The Beginning:
From Concept
to Reality

The dream for establishing a community college began in the early 1950s with a small group of thoughtful citizens who shared a common vision: that education beyond the high school level be available, financially possible, and conveniently located near the high school students of Emmet County.

A steering committee was formed in 1957 to gauge public interest, and on September 14, 1959, the first classes were held. Enrollment was 105 students. 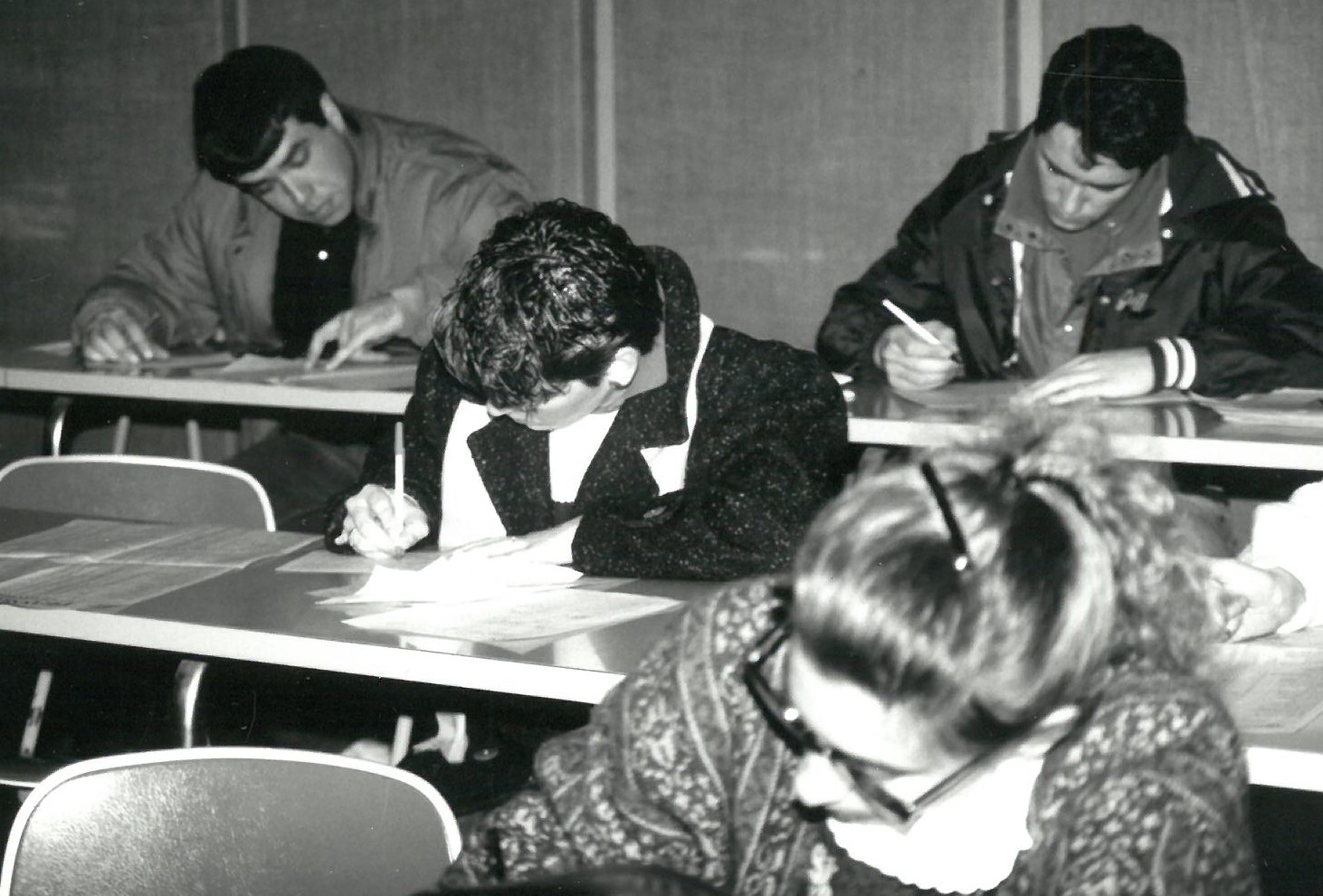 By 1968, the college had moved to a 207-acre campus at the end of Howard Street and opened a 150-student Residence Hall.  In 1972, North Central was granted full accreditation by the North Central Association of Colleges and Schools.  Extension centers in nearby Cheboygan and Gaylord opened in 1973.

The Library, Student and Community Resource Center, and Health Education and Science Center were constructed during a three-decade period between 1984—2012. 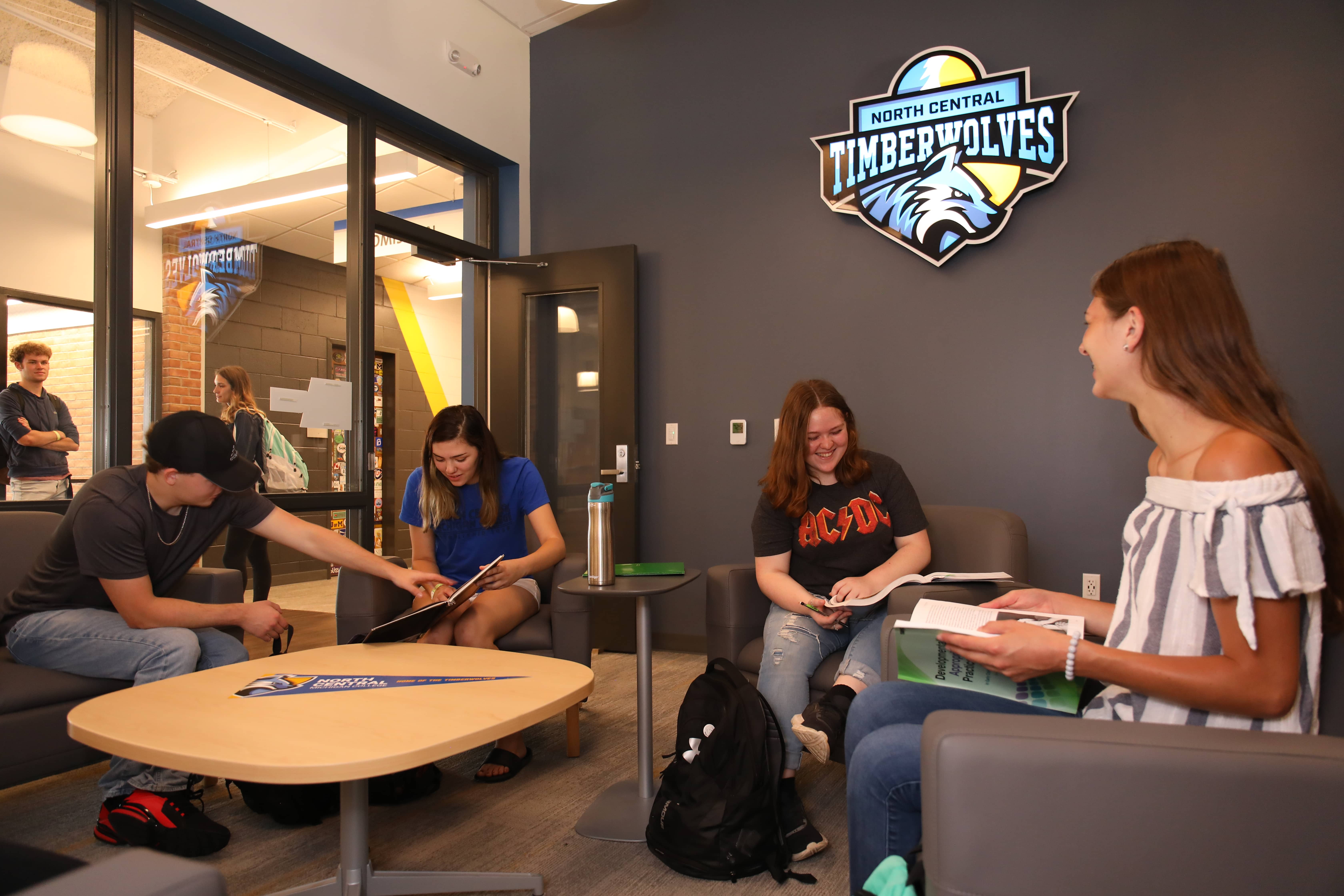 North Central is home to nearly 2,000 full- and part-time students.  The college boasts top-ranked nursing program, and many of our alumni and faculty have received national recognition for their professional achievements.

1959 – Classes begin on September 14 in the old Sheridan School building. Enrollment is 105 students.

1960 – The college’s Board of Control starts the development of the new 207-acre campus located within Petoskey’s city limits.

1963 – The first three buildings on the new campus open for use.

August 1967 – A new classroom and administration building is completed.

1968 – The co-ed dormitory opens providing on-campus housing for up to 148 students.

September 1995 – The land on the southeast corner of the campus is dedicated as a “natural area.”

February 2002 – The 71,000-square foot Student and Community Resource Center (SCRC) opens. The SCRC has a multipurpose gymnasium designed for a variety of recreation and physical education activities.  A walking track, 1/9 mile in length is available to the public at no charge.  Locker rooms with showers are open to anyone using the facilities.  Upstairs, an exercise facility equipped with weight training and exercise equipment is available for individuals enrolled in fitness classes.  The SCRC also houses student services, financial aid, registration and the cafeteria.

Fall 2006 – Classes are offered at a satellite location in East Jordan at the Lake Street Center.

September 2009 – The Harris Gardens are officially dedicated.  The area is named after local retired businessman Jack Harris who donated sculptures, patios, flower gardens and trees to beautify the college courtyard.  There are currently 26 sculptures on campus in Petoskey.

July 27, 2011 – Ground is broken on the Petoskey campus for a new $10.4 million Health Education and Science Center.

August 2011 – North Central adopts a tobacco-free policy, prohibiting the use of tobacco and tobacco products on the Petoskey campus.

August 29, 2012 – A building dedication is held for the completion of Phase I of the Jack and Dorothy Harris Health Education and Science Center. This new Center greatly expands North Central’s ability to train students for careers in health care and provide basic education for students planning to continue their studies in the sciences elsewhere.  The Phase I dedication is for the 23,000 square feet of new space for science labs, classrooms and offices.

September 2012 – North Central is named a Military Friendly School by Victory Media, the premier media entity for military personnel transitioning into civilian life. The Military Friendly Schools® list honors the top 20 percent of colleges, universities and trade schools that are doing the most to embrace America’s military service members, veterans, and spouses to ensure their success on campus.

January 2013 – The formal ribbon cutting is held for the completion of Phase II of the Jack and Dorothy Harris Health Education and Science Center.  Phase II completes the renovation of 17,000 square feet of existing structures for nursing and allied health programs.

August 2013 - North Central Michigan College is selected as one of eight Achieving the Dream Institutions that have earned Leader College distinction for showing evidence of measurable improvements in student achievements.

March 2014 – North Central Michigan College launches the new Mobile Digital Fabrication Lab – the Fab Lab.  The only one of its kind in Northern Michigan, the Fab Lab provides innovative training for high school and college students and supports workforce development in our region.

September 2015 – A new stationary CNC lab opens on the Petoskey campus as part of the $1.5 million SEEDS grant from the Little Traverse Bay Bands of Odawa Indians.

2017 – North Central allied health programming booms as we become one of two site locations in Michigan for University of Maryland/Baltimore County Critical Care training for area paramedics and nurses; a training site for the National Association of Emergency Medical Technicians; and a part of the Northern Michigan Regional Training Center for fire certification.

August 2017 – The college completes a $3.2 million renovation to its Library, including structural and masonry improvements, a new steel roof, HVAC replacement, and upgrades to lighting and interior furnishings.

June 2018 – The college secures $3.4 million in capital outlay funds from the State of Michigan.  The dollars will be used to fund a $7.4 million renovation of the AD/CL Building.

May 2019 – The college confers its first honorary degree, given to Paul C. Keiswetter, president and CEO of Petoskey Plastics, in recognition of his extraordinary commitment to environmental sustainability and his efforts to enhance the prosperity of our Northern Michigan community.

April 2021 – The college's Board of Trustees unanimously adopts the mascot that students say best represents the college: The North Central Timberwolf.

July 2021 – A renovated and expanded AD/CL Building is unveiled and renamed the Borra Learning Center.  The renovation is part of a $10 million campus enhancement project know as the Building Tomorrow Together campaign. Features include seven new high-tech classrooms and a new 3,000-square-foot Student Commons.

July 2022 – North Central announces the addition of 10 Fast Track career programs that allow students to earn industry-recognized credentials and get to work quickly in high-demand jobs.

In 2014, while looking through the college library archives, we came across the North Central "Loyalty Song," composed in September 1963.

While we are happy to bring it back into prominence, we hope that someday someone will record it for all to hear! 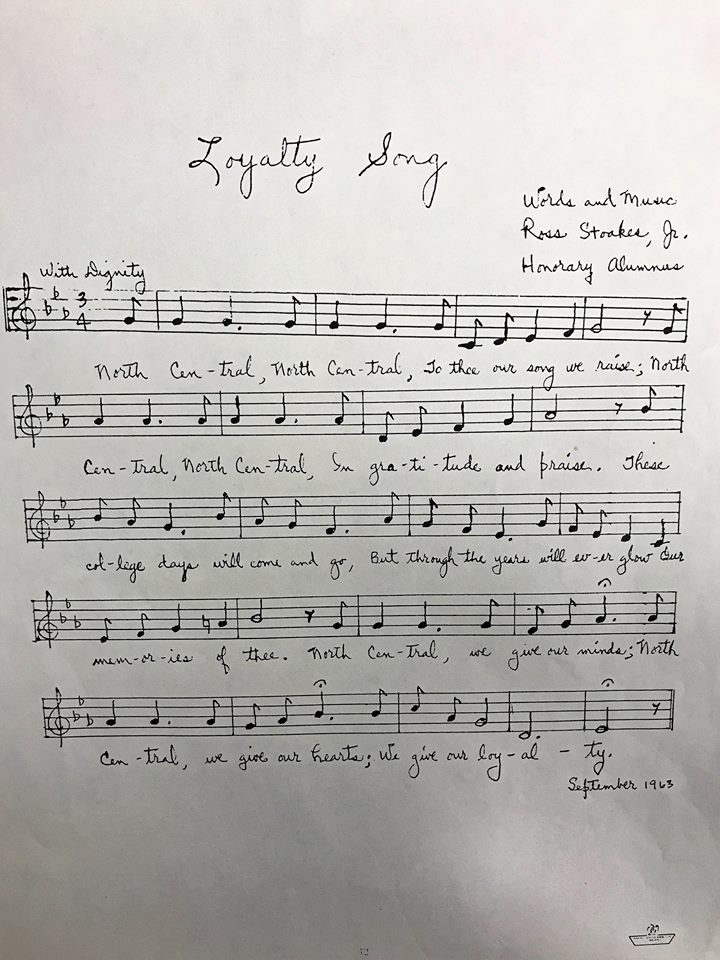