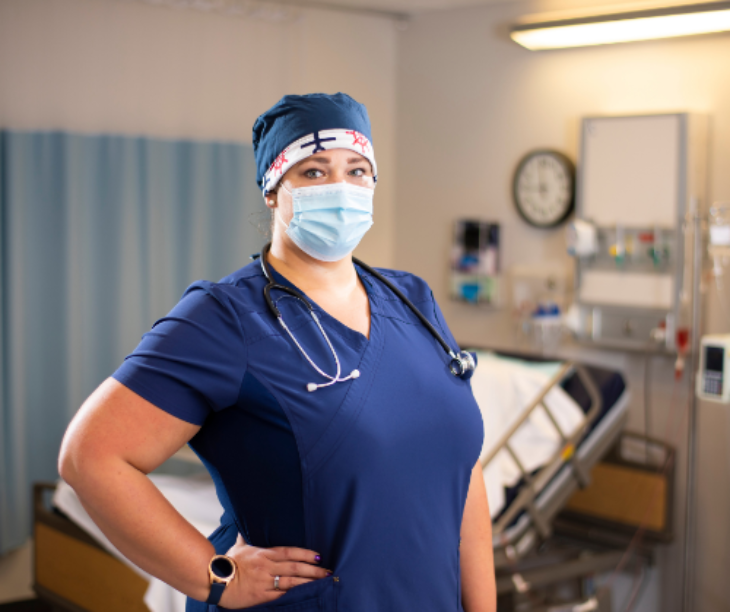 North Central's Class of 2020 nurses are among the best in the state, according to their NCLEX test scores.

Graduates of North Central Michigan College’s nursing program are among the best in the state — and in the top tier of RN graduates nationwide — according to a ranking released by the National Council of State Boards of Nursing.  The No. 1 ranking measures North Central’s May 2020 nursing graduates against all other RN graduates in Michigan, including those from four-year universities.

The ranking is based on the percentage of North Central’s Class of 2020 nurses who passed the NCLEX-RN® examinations administered between April and September 2020.  NCLEX-RN® is the test that qualifies graduates to practice as registered nurses.  North Central’s first-time pass rate was 100 percent.

North Central President David Roland Finley said the ranking is a testament to the college’s value proposition : an exceptional education, close to home, for a fraction of the cost of attending an in-state university.

“North Central’s faculty is among the best in their field, our technology is state-of-the-art, yet we’re small enough to know our students personally,” Finley said.  “Those personal relationships make this already outstanding achievement even sweeter.”

Provost Pete Olson said the graduates’ performance on the NCLEX exam is illustrative of a campus-wide commitment to academic excellence, even amid the challenges presented by the COVID-19 pandemic, which forced classes online in March and strained clinical sites for the second half of the semester.

“A commendable achievement under normal circumstances becomes extraordinary when you understand the adversity our students and faculty faced, and how they persisted, undeterred,” he said.

The Class of 2020 was assisted by a generous gift from the Borra Family Foundation, which helped launch North Central’s NCLEX Success Program.  The program covers the cost of a live NCLEX training session and provides financial support for students to take the exam and secure their nursing licenses if they follow a prescribed path to complete the NCLEX shortly after graduation.

“We appreciate the support of the Borra Family Foundation in launching this important initiative, as well as the many donors whose gifts continue to strengthen our nursing program,” said Chelsea Platte, executive director of the NCMC Foundation.  “I can’t imagine a more critical time for such talented, committed nurses to enter the healthcare field.”

North Central’s nursing program is an accelerated, two-year program with a competitive application process.  A regional nursing shortage coupled with popular demand prompted the college to expand its nursing cohort from 46 to 64 students in 2019, the first increase since 2006.